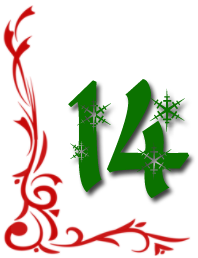 I believe the number one thing people think about when it comes to Christmas is presents. Oh, don’t act like you don’t think about it. Haha! I know, I do. After all, many of us are trained from a young age to think about presents, whether that’s receiving them on Christmas day, having our parents take us shopping so ‘we’ can buy presents for them (with their money :p), or participating in Secret Santa in school.

Well, I don’t about you guys, but Secret Santa was a constant thing in elementary school. Everyone in the class picked another person randomly and they had to buy or make gifts for them over a few days/weeks. This never really ended well. Often times people would get people they didn’t know or didn’t like and, as a result, wouldn’t take it seriously or wouldn’t know what to get. Or you get the rich kids, or the really talented kids, who went all out. Either way, it tended to be very one-sided. With that kind of memory, it leaves a bad taste in one’s mouth. 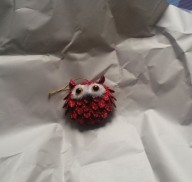 Even so, I participated a few more times in middle school with a few of my friends before I gave up on them. They were a lot of work and I, (sorry y’all), am a terrible gift-giver. I never knew what to buy people. I never knew what they’d like or what they’d find interesting. It’s not that I was unobservant. I’m just a terrible present-purchaser, even for my family. So, I kind of gave up on the whole thing, but I really loved the idea of Secret Santa, the spirit it brought to the holiday season.

For that reason, I instantly jumped on the idea of participating in a Secret Santa this year when I saw The Broke and The Bookish were hosting a 2016 Secret Santa. I liked this because it was book based. You knew, for the most part, what you’d be getting and what you’d be giving. (aka it was going to be easier for me :p). So, in an instant I signed-up! 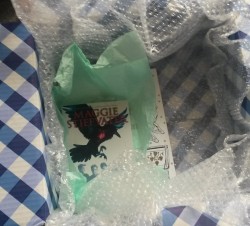 Alright. Truth time. I struggled. :p I got who I was supposed to be the Secret Santa for and I was ecstatic, but that didn’t make me any better at buying gifts. Haha! The books were easy. I picked them out off of a wish list the person had provided. Now, all I needed were the little goodies. That’s what became hard. She had provided an idea of what she might want, what she liked, and that gave me a few ideas, which was nice. It guided me in my search. I found the items I wanted to give her and was all ready to send the package to her.

However, the real kicker was, staring at the package, all I could think was ‘is she going to like it? Is this really what she wants?’ I was FREAKING OUT! Christmas is so stressful because I know that I’m a bad gift-giver and, because of that, I’m always super worried that I’ll give someone the wrong thing. I know the whole ‘it’s the thought that counts’, but that doesn’t make many less worried about giving a bad present…

Well, no going back now. I shipped out my package. Now, I can only hope and pray she likes what I’ve given her. *fingers crossed*

Have you participated in a Secret Santa before? Did you enjoy it or did you dread it? Tell me about your SS experiences!