That’s right fellow humans! I have joined the leagues of people swarming the streets to play Pokémon GO! I know. I know. Silly to be caught up in a game where you run around the real world in order to catch imaginary creatures, but it’s a part of my childhoo– >.>

Okay. It’s actually part of my adulthood, too. Every so often I like to pull out my Gameboy Color and play Pokemon yellow. :p Which is why I just had to snag this game ASAP! But don’t worry if you don’t know much about the game yet because I’m here to explain the ins and outs of Pokémon GO!

STEP ONE: Create an Avatar 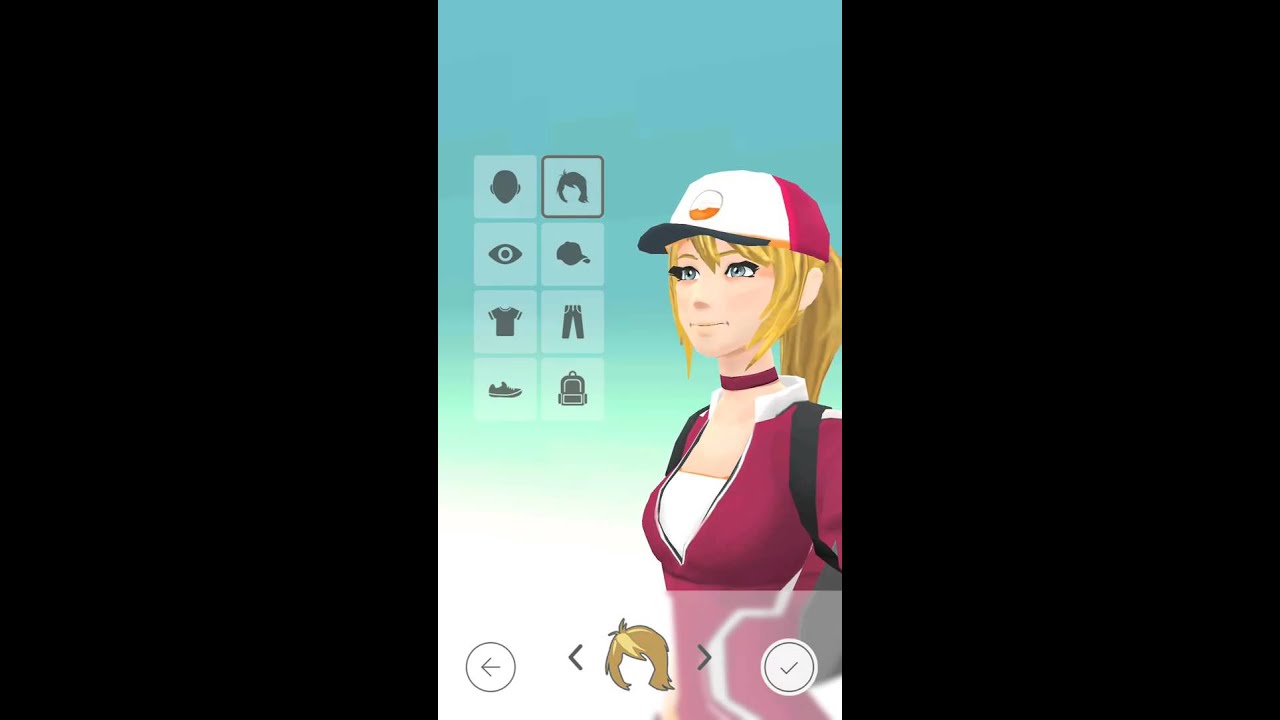 It’s about time the creators of Pokémon made a female avatar. I can’t attest to when female avatars became available in the Nintendo version of Pokémon, but it wasn’t in the original versions and that always annoyed me. After all, girls play Pokémon, too. But no worries! Now you can pick a boy or a girl with whatever skin color and hair color and eye color and clothing color you want. It’s much more customizable than any of the Nintendo versions.

Like the original red and blue versions, you get the choice of a starter Pokémon from Bulbasaur, Charmander, and Squirtle. I’ve even heard rumor that you can start with a Pikachu like in the yellow version if you walk away from the three starters a couple times. Though, I can’t attest to this myself (as my game lagged and auto-picked bulbasaur for me. No complaints! :p)

Like the original versions of the game, the goal is to ‘catch ’em all!’ And how you do that is by getting out of your house or car or whatever indoor place you spend so much time in and catching Pokémon in the real world. That’s right! Pokémon will pop up on your phone screen based on your location in the real world! So make sure your GPS is turned on. Otherwise you won’t see anything.

And catching Pokémon is way easier than the original game play where you had to fight the Pokémon, wear it down, and pray that it stayed inside your Pokéball by hardcore slamming the ‘B’ button to keep it from popping out. (Oh yeah! We were totally superstitious players in my household :p). And while you may still be praying the Pokémon stays in the Pokéball, you no longer have to fight the Pokémon. You just gotta tap it on your screen when it appears and swipe your finger across the screen to throw a Pokéball or two until you catch it!

In the original game you strengthened and evolved your Pokémon by fighting other Pokémon in the wild. By doing so, you gained exp points. When your Pokémon reached a certain level they would evolve (or perhaps using a stone or trading with a friend depending on the Pokémon.) This has changed ENTIRELY!

Since you no longer fight wild Pokémon, this is not a means of leveling or evolving. Rather, you require Pokémon-specific candies to level and evolve your Pokémon. Each evolution has a different number of candies required to evolve (though leveling only requires 1 candy.) The only way to get candies, however, is to either hatch an egg with the Pokémon (which is completely random and far more time consuming than option 2) or you go out and catch multiples of that Pokémon because you gain at least 3 candies every time you catch a duplicate of a Pokémon you already own.

Oh no! I’ve run out of Pokéballs! Yes, this has happened and it’s frustrating because this is a game and I don’t really want to spend real-world money to buy more Pokéballs. Never fear! There is a way! You just need to find Pokéstops which are interspersed around town at local shops or landmarks (usually grouping in large quantities at parks). When you reach a Pokéstop, you click on it and spin the blue circle until it changes to magenta. When you spin it, items will drop and automatically be added to your inventory bag. The items can vary from Pokéballs and great balls to potions and Poké Eggs.

Hatching eggs is just like the original Nintendo game play (which started in gold and silver) where you have to carry around your egg until it hatches. Good news, you don’t have to worry about it taking up space in your party (because there is a 250 Pokémon limit to your party and the eggs are separate). Just make sure that you drop the egg in an incubator (which you are given one with unlimited uses at the beginning of the game) and walk around for 2km, 5km, or 10km until your egg hatches into a cool (or boring :p) Pokémon. For a list of what Pokémon hatch from what eggs, check out this image.

In the original game play, Poké gyms were everything! You needed gym badges in order for your Pokémon to obey you once they reached higher levels. Thankfully, that’s not required. However, gyms are nothing like they used to be where there was an NPC gym leader to fight. Rather, real players hold gyms for their team (yellow, blue, or red) by defeating the team holding the gym and dropping one of their Pokémon into the gym. Confused? Let me explain.

If I want to control a gym, I would find a gym that’s controlled by a different color team from my own and fight it. I may need to fight the gym multiple times to defeat it depending on how many Pokémon are in the gym because the number of Pokémon in the gym increases the prestige and a certain amount of prestige is taken off each time you defeat the gym. When the prestige for the gym reaches zero, the current team loses control. At this time, the winner can place their own (fully healthy) Pokémon into the gym to take control of it. (Don’t worry! You get your Pokémon back if you lose control the of the gym.)

The hard part is holding onto a gym after gaining control of it, especially if you don’t have anyone you’re running around town with that’s on your same team because each player can only drop one Pokémon into the gym. And one Pokémon is really easy to defeat no matter the level of said Pokémon (because the challenger always gets six Pokémon to fight the gym no matter how many Pokémon [1+] are in the gym.) Additionally, you can fight the gym as many times as you want. So, even if a gym has 10,000 prestige and you only take off 2,000-3,000 prestige each time, a single player could still take down a high-powered gym.

Note: Gaining control of a gym allows you to collect 10 Pokécoins and 500 Stardust instantly. If you hold onto the gym for 21 hours, you can collect these again and the amount you collect is based on the number of gyms you hold. So, if you control two gyms, you collect 20 Pokécoins and 1000 Stardust, but make sure you wait to collect your prizes until you’ve taken over the gyms you want for the day because once you collect your coins, you have to wait 21 hours to collect them again, even if you gain control of another gym.

There’s a few basics to get you started in the Poké world, but leave a comment below if you have any questions or want clarification! And check back tomorrow at 1pm EST for my thoughts on the game play so far!