I am the product of three countries.

What do I mean by this?

Simply that I have lived in three different countries since the day of my birth.

I came into the world in a village in Transylvania, Romania and we lived in the country of my

birth until I was 3 years old. My parents and I then moved to Austria, in order to start a new and better life which would offer them and myself more opportunities. You see, even though my parents love our home country, it is not the best place for career prospects or raising children.

I spent more of my childhood moving throughout Austria, going to kindergarten, and then school after school after school (because we moved every 2 years due to my father’s work). Growing up within an Eastern European family while living in a Germanic country was certainly interesting, especially when it came to certain traditions. And the Christmas tradition was one of these.

In Romania, or at least all of my family (as well as extended family), we opened gifts on Christmas Eve rather than Christmas morning, whereas in Austria, presents were opened on Christmas morning. We stuck with our tradition in that sense, but then picked up some very Austrian traditions in other aspects of the holiday. St. Nicholas Day is a tradition upheld by many countries across Europe, although there are some variations. In Romania, my parents (and their ancestors for hundreds of years before them) would clean their shoes on the 5th of December, and lay them out nicely for when St. Nicholas visits overnight. If you were a good child, you will find bags of chocolates and other candies and toys in your shoes on December 6th, but if your shoes were dirty or if you had been bad during the year, he left you coal or a piece of twig.

In Romania the twig was for the parents to use in beating their children for being bad. But in Austria, the parents no longer had that responsibility, as through the changes in tradition, this had become the job of someone else. And that someone was Krampus. I spent my entire childhood, like all children in Germanic countries, fearing Krampus, because if you were bad you were not just beat by your parents with a twig, but you were put in a large sack by Krampus, dragged to Hell, and there tortured for all eternity. Every early December, hundreds of adolescent and adult men dressed up in the most complex and gruesome costumes, carrying bundles of dry branches for beating, their large bells resounding through the streets (as if the threat of being dragged to Hell wasn’t enough, many children believed that these demons actually walked among us on St. Nicholas Day!)

Looking back now, I miss this tradition, Krampus and all, because in Canada (at least the part in which I reside) does not celebrate St. Nicholas Day at all. We stopped celebrating St. Nicholas Day when we moved here at the beginning of my teen years, but we held on to the tradition of opening gifts on Christmas Even rather than Christmas Day.

We also did not adopt the tradition of leaving milk and cookies for Santa, although this may be because my sister and I no longer believed in Santa by the time we moved to Canada.

Something which I miss almost as much as St. Nicholas Day, is something called Christkindlemarkt in German. They are markets located outside, wherein vendors sell items ranging from pretzels with raisins inside, shaped like Krampus, stars, pine trees, etc., to hand-carved figurines, to Glühwein and roasted chestnuts. While there are would-be Christkindlemarkt events here and nearby, they do not come close to comparing to the real deal, and this tends to make me sad every year around this time, because I miss it dearly.

Which Christmas traditions do you appreciate most? Miss most? And if you don’t celebrate Christmas, what are your favourite things about, or to do, during this time of the year? Let me know in the comments below! 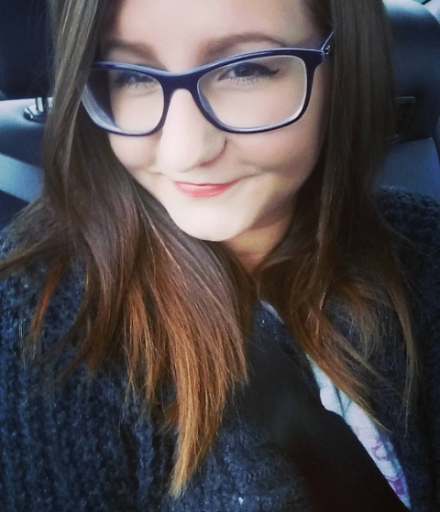 Flavia has been an avid reader since she picked up her very first book, and had been meaning to start a book blog for quite some time but hadn’t had the motivation to do so until her last term in graduate school. If you ask her why she’d wanted to add more to her plate while writing and marking essay after essay, she will not know how to answer. Despite starting her blog during such a busy time, she has enjoyed running it every day since creating it. You can visit her blog at www.flaviathebibliophileblog.wordpress.com, her Twitter at @flavbibliophile, or view her Instagram account at @flaviathebibliophile!

3 thoughts on “Christmas Across Continents”