Daughter of Chief Ruin, Breen is one of the most fearsome warriors in the Southern Delica Tribe, but nothing can stop the Emperor from reaping the Savage Lands for soldiers.

When her village is attacked, Breen is taken from her home and her family to the Seaburn Academy, where southern savages are broken and chained into a life of service to the Empire. Through the beatings and torture, Drakkone, one of the few Seaburn-born soldiers, brings solace to her days and gives her hope for the future.

Once freed of the Academy dungeons, Breen is sentenced to daily training between her plots for escape. But one night of unexpected passion turns into a problem bigger than either of them could have imagined.

Breen and Drakkone must risk capture and flee the city or death might be a blessing compared to eternal imprisonment.

The Timeline
I was not a fan of the timeline in this book. It skipped huge chunks of time and really broke up the story for me. It even changed what I thought was the plot and that bothered me because it turned the story into something completely different halfway through, which left me disappointed.

Lacking Realism
I’m not sure what it was but I didn’t believe a lot of what was happening in this book. The relationships between characters felt forced and rushed. The changes of mind were abrupt and took very little persuasion, and the characters kept contradicting themselves on what they said they would do and didn’t do.

Beginning vs. Ending
I loved the beginning! The story started out really great with amazing world-building, lots of action, plenty of struggles, and dark tragedies to keep me locked in. It gave me an idea of a story that I wanted to read. Aaand then it kind of fell of the band-wagon because certain events and sudden time jumps changed the story entirely.

Writing
One thing that really disappointed me about this book (especially having read books by Katherine Bogle before) was the writing. The writing was underwhelming. It felt sub-par. It lacked continuity and clarity, and it seemed liked it hadn’t been edited very well. I was quite disappointed with this as it played a huge role in my ability to stay interested in the book. 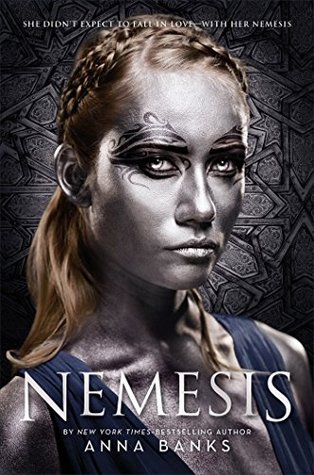