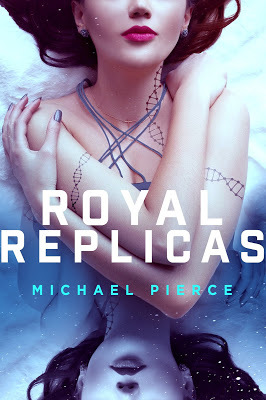 I received this free digital ARC from YA Bound Book Tours in exchange for my honest review.

Seventeen-year-old Victoria Sandalwood has served the Duke and Duchess all her life. Over the years, she’s learned to make due with what she has and endure her surrogate father’s awful punishments. She dreams of escape, but never expected it to come in the form of a message from the Queen of Westeria.

Victoria learns that she’s the Queen’s daughter, the younger sister to Princess Amelia, and it’s time to come home and claim her birthright. When she arrives, she discovers she’s not the only one who received the royal message.

Victoria must compete with six other girls to earn the affection of both the Queen and a princely suitor… and to replace the secretly deceased Princess Amelia. If she fails to win the crown, Victoria may just have to fight for her life…

NOTE: Many of you can attest to my excessive criticism towards the books I read, but that’s because I expect good stories. I don’t give passes for new writers or certain genres or age groups. A good story is a good story and a bad story is a bad story. Period. And I’ve read LOTS of bad stories (as you can tell from my 1-star reviews), but THIS!!! This is The First Book I’ve ever DNFed. And let me tell you why.

Royal Replicas. Where do I even being? It sounded cool. A little scifi. A little court intrigue. Maybe even a little danger. HA! I WISH! The blurb is such a hoax compared to what the story is actually about, but let’s just get into the god-awful mechanics of the story/writing! Shall we?

Post-apocalyptic America that has literally REGRESSED by about 600 years to monarchies, over-lording powers, and societal hierarchy that generations upon generations fought wars to destroy. Yeah! That makes total sense. Oh! And a queen is the main ruler, but men still have control over the fucking household?! I don’t think so. Take your backwards ideology of how society regressed, but technology remained exactly the same and FUCK OFF back to the past!

Well, first things first. I believe the only middle-aged man who should be allowed to write from a teenage female’s POV is John Green (not that I’ve read any of his books). Everyone else CAN’T! Royal Replicas is a PRIME example of WHY not everyone can write a POV that isn’t representative of them because the main character, Victoria, has NO PERSONALITY! None. Nadda. Zip! Zilch! Literally nothing! She has no active role at all. She literally just lets EVERYTHING happen TO her and then doesn’t even seem to have EMOTIONS when those things do happen. If they are emotions, they are the blandest, more robotic thing I’ve EVER seen in my life! GOD!

“Oh, she’s crying? I should kiss her and force myself on her even though something really tragic JUST happened.”

“Oh. We’re alone and could like… I dunno… have a conversation and actually get to know each other because I’m searching for my true love? Nah! I’ll just shove my tongue down her throat!”

ARE YOU FUCKING KIDDING ME?! I haven’t even gotten STARTED on the dude who can’t seem to understand that she got her memory wiped so therefore doesn’t remember him, but because he remembers her he forces his love and demands and passion on her even though she doesn’t fucking know who he is!!!!!!!!!

Ha! I haven’t even gotten to how awful, broken, dull, and unimaginative the writing actually is! It was like the author had all these facts and individual, unconnected scenes that he just threw down on paper and was like: “yeah! That’s a story.” NO IT’S NOT! A story has connections and feelings and movement and, oh, I don’t know, a freaking purpose! Half the scenes in this story have no purpose whatsoever. They’re dull, unnecessary, and completed unfleshed out and this book isn’t even that long to begin with! It’s like the author wasn’t even TRYING!

Oh! Did I mention the author’s obsession with abuse? Yeah. That’s in here, too! Just in case you thought it couldn’t get any worse. Victoria’s past is riddled with graphic (and repetitive) abuse. I can’t say whether it’s sexual or not, but it’s most definitely physical, grotesque and REALLY UNNECESSARY! We get that the dude is a Class A Offender who abuses small girls to make himself feel powerful, and that abuse does happen and therefore is allowed to be represented in fiction, but you do NOT need to fill a fourth of the book with it! Nor do you need to go into detail EVERY TIME! WE GET IT!