So this award allows you to nominate those blogs that you find unique and different, and show them some love!

Thank you so much to Adrienne @ Darque Dreamer Reads  & Jay @ This is My Truth Now for nominating me for this award!

Have you ever had a dream about a book, and if so, what happened?

Hahaha! Actually, yes. But not about published books. Rather, my dreams are inspiration for my own novel ideas. :p I get quite a few of ideas from my dreams: my chaotic, insane, absolutely crazy, absurd dreams. They don’t usually make any sense, but there more often than not some aspect: a character, a world element, etc stands out to me and makes me want to write a novel about it. Maybe one day I’ll have the opportunity to share my crazy mind with you guys. 🙂

What movie or television show have you watched, that surprised you, that it was not based off of a book? 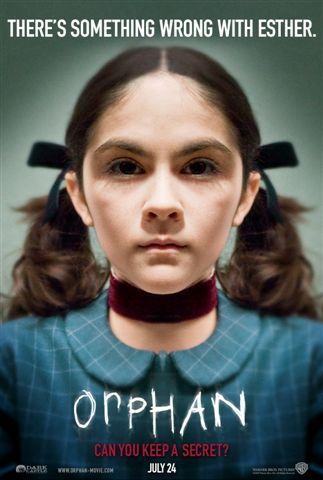 This is going to be really out of character for me, but one movie that really surprised me (because of the plot twist) is the horror movie, The Orphan. I don’t generally watch horror movies. Cheap jump-scares and excessive gore aren’t really my thing. I prefer something with more plot and more substance than most horror movies offer, but this wasn’t one of those movies. It’s a psychological thriller than has a really good plot-line and concept. And I didn’t see the ending coming, but it was such a good fit! Definitely recommend.

Tell me about that one book you will always recommend, no matter how many others enter your favorites list.

I have to say that one book I will always recommend, no matter how old I get or how many other books I read, would have to be Arena by Holly Jennings. I recommend this book because it’s still in it’s own genre: VR gaming. It offers not only a new genre to the scifi industry, but also offers up a variety of characters with different backgrounds, heritages, and religions. It’s such a unique, fast-paced book that kept me reading the whole way through. Highly, highly, highly recommend! 😀

What is your most unique quality and how does it materialize itself in your blog?

My most unique quality would probably be my ability to be myself. I know that sounds crazy, but even the people who say they are themselves still often sensor themselves. They’re afraid to show all of themselves or are afraid to insult someone or be considered rude or some such thing. I gave up caring what people thought years ago. I would rather show all of who I am and be shunned by those who don’t like it than pretend to be someone I’m not and have friends I can’t trust with myself. This tends to mean I’m that person people either love or hate, nothing in between. :p

Your favorite author comes to you for advice about his/her next book, hoping to decide on the best path. Which author, book series, character and plot would you recommend?

To be honest, I don’t like this question. :p I can offer my opinion on a story idea they’re already working on, but I can’t tell them what to do. Why? Because we likely don’t write the same. No two writers write exactly the same and when you start trying to write like someone other than yourself, you end up writing sub-par storylines. Thus, I wouldn’t really suggest much. I’d offer them new ideas and point out possible issues, but it would ultimately be their decision which way they take the book.

Which job in the government would you want and why?

Honestly, I don’t think I’d want a job in the government. I’m not a political person. So, it’s not really something I think I’d enjoy, nor would I really care for the pressure of deciding people’s lives. Though, perhaps I wouldn’t mind being in charge of education (whatever role that is) because then I could do some serious re-vamping on the horribly backwards and messed up way we teach students in the US.

My Questions for You!