THE RISE OF THE DAWNSTAR
by Farah Oomerbhoy 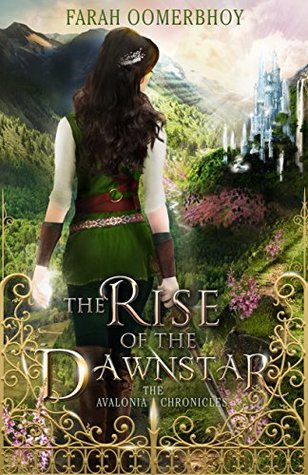 I received this free digital book from YA Bound Book Tours in exchange for my honest review.

Aurora Firedrake returns in the spellbinding sequel to The Last of the Firedrakes.

The seven kingdoms of Avalonia are crumbling and evil is spreading across the land like a plague. Queen Morgana is close to finding a way to open The Book of Abraxas and it’s only a matter of time until she uses the power trapped inside its pages to enslave the entire world.

With Avalonia growing more dangerous by the day, Aurora must travel through war-torn lands and deep into the heart of the fae kingdom of Elfi. Her goal is to find a legendary weapon infused with the last of the realm’s ancient magic—the only weapon in the world powerful enough to stop the queen.

Aurora might have survived her first battle against Morgana, but the true fight to save her kingdom and restore her throne has only just begun…

Predictable
Wow. I don’t honestly think the first book was this god-awfully transparent when it came to every plot, character interaction, blah, blah blah, but this really takes the cake. I mean, there isn’t even an attempt to cover up what the ‘twist’ is in this book because the damn title of the book gives it away and it’s only hinted at in every other freakin’ chapter! You know what’s really bad about this? The fact that because it’s so gosh darn obvious and yet it still takes the characters 85% of the book to figure it out, it makes EVERY. SINGLE. ONE OF THEM look like complete and total idiots! (Because that apparently wasn’t accomplished enough in book one. >.>) Honestly, the IQ level dropped 100 points for every character from Book 1 to Book 2. Awful.

Infinite Specialness
God. I thought the first book was bad, but this sequel honestly took the specialness of the main character to a whole new level. Like, you weren’t already powerful enough after the first book and we have to somehow find a way to amp up this plot so BAM! In the words of Genie, “PHENOMINAL COSMIC POWER!” But sorry, no itty bitty living space in this book. Nope. No limits whatsoever. Just magic, magic, magic, no boundaries bullshit! God, I still don’t know why I read this book.

So… I cheated
I’m not sure just how much of this you can really trust because I honestly skimmed 100% of this book. I read it right after reading the first book (which I abhored, as you can see from my review of The Last of the Firedrakes), so I knew going in that I probably wasn’t going to like. Partly because I don’t like the author’s writing style. Thus, I…only read the dialogue. SPOILER: It doesn’t get much better from book one. Sorry.

Anyone seen the show Merlin?
If you have, you know where every single plot twist in this book comes from because this is literally just a re-telling of the show Merlin with a female main character who is ten-times more special and epic than Merlin, aka unbelievable as all get-out. It’s really sad when you can see some ripping off storylines that have already been done. Like… is originality really this hard? 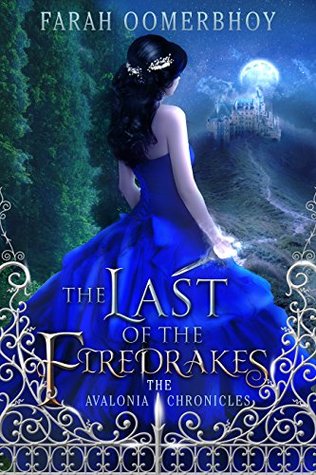