After an entire month of slaving away with decorations, finding the right costume, and determining whether you’re going to host the party or someone else is, it’s finally the glorious holiday where you get to be whomever you want for a day/evening! I already got a chance to celebrate last weekend and I hope everyone gets a chance to celebrate before All Hallow’s Day tomorrow. Halloween, after all, only comes once a year. 😉 We wouldn’t want to disappoint all the ghouls, ghosts, and spirits who have been eagerly waiting in anticipation for the one night where they can be released and have a blast! Join them! 👻🎃 Have some fun! (And stay warm for all the people who, like me, are getting snow today! 😀 )

I am so freakin’ excited about snow! ❄️

Before I go spend the rest of the day attempting to NOT buy oodles upon oodles of Halloween candy that’s going on sale, I need to thank the thirty amazing, talented, spooky, wonderful bloggers, authors, and artists who joined my Hallo-WE-en event this October! I can’t express my gratitude. There were so many awesome posts and fantastic creatures and I’m happy that each guest got a chance to shine and share their favorite with my readers. Hopefully a bunch of you found some new people to stalk. 😉 If you missed any of the posts, go check out the master list and read about some scary or magical supernatural creatures!

If you’ve been paying attention this month, there are tons of supernatural creatures to pick from and rave about and all of my original favorites were chosen (and my least favorites. 😉 ) Which means that when it came to selecting my creature for this event, I was at a bit of a loss. Of course, that was until my best friend said: “I’m surprised you’re not picking a succubus.” Now, I’m not sure what that says about me that my best friend thinks my favorite supernatural creature is a seductress who steals souls and/or life essence through sleeping with people, but hey! It’s an epic choice! So, here we go! 😀 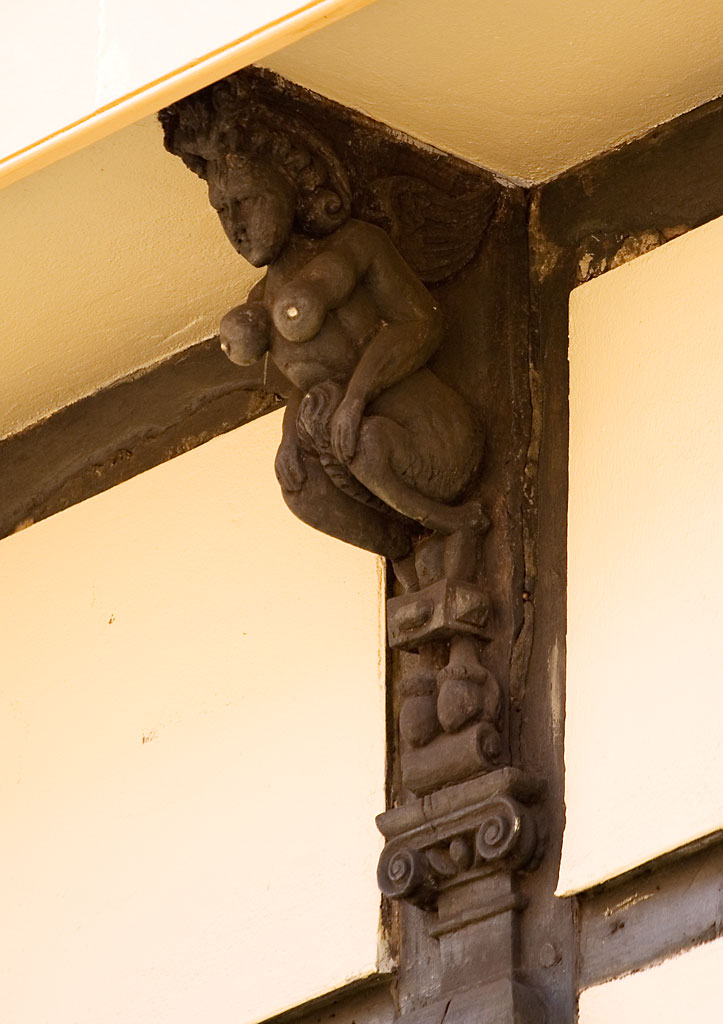 Succubi are not restrained to a single culture or religion, but actually developed in Christianity, Judaism, Arabian myths, and even potentially some African folklore. Each of these depicts the succubus in different ways. However, one fact holds true across all of them:

Succubi are female demons or dark entities that sleep with men in their dreams and take away their energy, vitality, and life.

In other words, succubi were originally evil and still are in some cases. But at the time, they were seen as temptresses that lured men into sexual intercourse (in dreams or sometimes not), which would then severely hinder the man physically or kill them entirely. Of note, there doesn’t seem to be any reference to succubi luring in women or when incubi (male succubi) came about in folklore and legend,.

Of course, things have changed quite a bit since back in the day, including our depiction of what succubi are.

Succubi nowadays don’t usually take on demon form with bat wings, horns, snake tails, or claws. They are, rather, much akin to some vampire lore in that they are beautiful, irresistible, and use their looks to lure in people to sleep with them and take their life forces. (Alright. Maybe they didn’t change that much. Haha!) But they’re no longer viewed as ugly, hideous demonic beings that force men to sleep with them in their dreams. Rather, they are just supernatural creatures who use their assets to stay alive. Nothing wrong with a little survival instinct, am I right? 😀 (An example of a succubus in human form was seen in the TV show Charmed.)

Another piece that has changed is the malevolent aspect of succubi. These drop-dead gorgeous creatures aren’t always seen as evil, killing men for their life force. Yes, they do still kill people. There are still evil succubi out there. But some of these creatures only take bits and pieces of what they need, leaving their ‘snacks’ alive with a wild memory to remember them by. 😉

But the more important point of evolution in succubi is in the sexuality aspect. While typical succubi only lured in men and stole their life essence, modern culture has opened up succubi to be sexual beings with multiple genders. Generally speaking if women were being lured in, it was by an incubus, but there are now depictions of succubi luring in women as well as men to steal life forces or just… pieces of life forces. Such is the case in the popular show, Lost Girl.

Still, succubi (and especially incubi) are not considered popular choices for supernatural creatures in mainstream TV shows and fiction. While they share a lot of similarities with vampires, the key element keeping them from being utilized is the requirement of having sexual relationships to steal life forces and energy. Sex is still quite a taboo in American culture to speak of, much less have a character with them (reasons why most shows including benevolent succubi are not American.) Hopefully people will overcome their fear of talking about and displaying sex in media because succubi truly are fascinating creatures with lots of different lore that would allow for a variety of different characteristics.