THE STRANGE CASE OF DR. JEKYLL AND MR. HYDE
by Robert Louis Stevenson 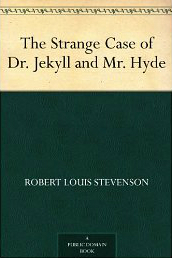 Style
As anyone who’s read old literature knows, the style of writing has changed dramatically over time. There is an obvious reason why the motto ‘show, don’t tell’ was adopted and this is a perfect example of why. So much of the story is told through hearsay. It is near impossible to really determine what actually happened, but we are just expected to believe what the characters say to be true. That being said, I did believe it. There was something in the particular tone of the writing and/or characters that made me believe every word.

Disjointed
It is quite interesting to reflect upon stories that once were. They are written very disjointed and disconnected, jumping from scene to scene and location to location, offering very little detail. Even the detail offered was not written in a manner as to be enjoyable or vivid. It was only offered as needed and the rest of the story focused on the characters.

Characters
I liked Dr. Jekyll. I liked Mr. Hyde. I wasn’t really a huge fan of the narrator, but that has more to do with how fully he follows the ideals of that particular time. His prejudices and personal opinions were very obvious and annoying. I also wasn’t sure he was the best narrator for the story, but oh well. Perhaps this, too, was a style thing of days long past.

That Ending
I was very satisfied with the ending of this story. It was not quite what I expected, having never heard the true tale of Dr. Jekyll and Mr. Hyde and knowing only adaptations. That being said, I thought it quite fitting for the story and the style in which the story was told. No doubt it has plenty of remnants of the time period as well.

11 thoughts on “{REVIEW} The Strange Case of Dr. Jekyll and Mr. Hyde by Robert Louis Stevenson”