Welcome back to the eleventh month of Calendar Girls (aka my Birthday month! Woo!) It’s a monthly blog event co-hosted by Flavia and myself, and designed to ignite bookish discussions among readers. Calendar Girls was inspired by the 1961 Neil Sedaka song, Calendar Girl, (because I’m an oldies fanatic. 😛) For more information, click here!

Wow… You would think that this would be an easier one to have choices for, but it would seem that I’m REALLY bad at finishing series. In fact, I almost never even make it to the second book in the series. I’m such a fail, guys! But!!! I did manage to find one series end that I actually thought was a good choice (because there were some series ends that I wasn’t really a fan of. I mean, did you really expect anything else from me, guys? 😉 ) Without further ado…. *drum roll* 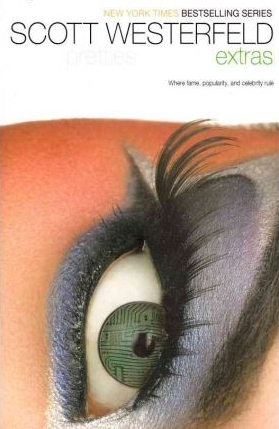 Now… this might seem like a bit of an unorthodox choice (especially to those who have actually read this series), because the main character in this last book isn’t the same as the first three. However, I really liked how this book took on a new turn from the originals. It wasn’t a continuation. The society was quite a bit different from the originals. It was like starting a whole new series, but it was just one book and it ended up fitting so well into the first three that I loved it.

What’s more is that this series end actually did take a turn from the original three. I don’t want to say too much lest anyone not having read it yet, but this book actually had it’s own plotline. Yeah, the world was still the same. However, the entire concept of what was going on was different. The characters faced different battles and had different personalities. It was a fresh way to end a series that had all but ended in book three. Thus, it is my favorite option for Best End to a Series.

Have you read Extras yet?
If you haven’t, you should!

Calendar Girls’ picks for Best End to a Series!

32 thoughts on “Best End to a Series”