To Santa or not to Santa? 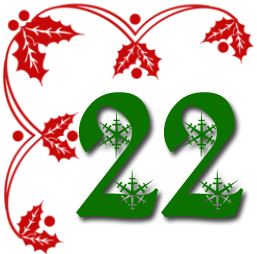 Most people around the world know Santa. He’s the large, jolly man who delivers presents on Christmas Eve, and it’s magic that allows him to visit every house, squeeze down every chimney, and deliver all the presents in one night. That’s not all we know about him, though.

He also lives at the North Pole with Mrs. Clause, all the little toy-making elves, and his reindeer. Most importantly: he spends the other 364 days of the year making a list and checking it twice! He’s gonna find out who’s naughty or nice! ♫♫ This list allows him to determine which good little boys and girls get presents and which naughty boys and girls get coal in their stockings (or beatings from Krampus depending on where you live! :p )

But in recent years, the idea of Santa has become a bit of a ‘no-no’ for parents. Why? Because many believe it encourages lying to their children and harms the parent-child relationship because of this ‘lying.’ As such, many parents have started to move away from the tradition of Santa and simply give presents from mom and dad.

So, should more people stop believing in Santa?

If we’re gonna stop believing in Santa and forgo the magic that surrounds Christmas as a child, then we would have to stop believing in all imaginary creatures: the Easter Bunny, Jack Frost, the Toothfairy, and Disney Princesses. Because none of those exist. So, why should we lie to our children that they do exist, but Santa doesn’t? How would we draw the line on which imaginary creatures do and don’t exist?

And what happens when your child is the only one who doesn’t believe in Santa and ruins it for all the other kids?

If we continue to teach our children to believe in Santa, we teach them to believe. If children grow up having nothing to believe in, nothing to fill their world with magic and imagination, are we possibly stunting their imaginations and wonder? After all, who hasn’t seen or remembered the look on a child’s face when they see the presents magically appear under the Christmas tree? Who hasn’t enjoyed listening to them ask ‘how did Santa know I want this?’

Some people may see teaching their children to believe in Santa and one day tell them the truth is lying. They believe it creates a fissure in the parent-child relationship, but I don’t think so. There are plenty of people, hundreds, thousands, millions who grew up believing in Santa and who were one day told the truth by their parents (or found it out themselves, the little devils), who still have wonderful relationships with their parents. So, I don’t think this is a reason to starve children, innocent, blissfully-unaware children of the wonder and magic of Christmas.

But this is just my opinion. What’s yours? Do you want to teach your children to believe in Santa? What are some of the pros and cons you’ve heard of?

And check out my discussion from last week:
“Giving vs Receiving Books“

10 thoughts on “{Discussion} Santa or not to Santa”